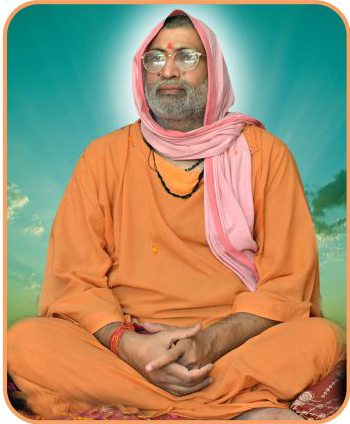 Read In English Read In Hindi

India is the land of great Saints, Gurus (spiritual leaders) that showed the right way to whole of the world through spiritual trusts like Gurbani and Puraans told in simple stories. Acharaya Swami chetnanandji maharaj (Bhuriwale) is one of them, was born in Ambala city on 2nd of April -1957, which is now in Haryana state (India) in a religious family. After spending some years in ambala his whole family shifted to their native place at village : Jhandian kalan ( Jhandian majara) Dist: Ropar, Punjab(India).Swamiji`s father name is Late: shri.Ramrakha mal chauhan ( the real name of swami krishnanand ji maharaj) and the great mother name is Late Smt.Manso Devi chauhan.


Chandrashekhar Chauhan ( the real name of Vedhant Acharya swami chetnanandji maharaj) has large number of followers in India and abroad (Canada,Holland,Musket,England,Denmark,Nepal,and Sweden). Under the guidence of Acharya ji Trust had constructed Brahm Niwas Ashram in Brampton,Toranto in Canada in 2006. People feel that Swamiji had lead the world from utter darkness to spiritual enlightenment.

Swamiji has passed his 10th standard from D.A.V. High School , Takhatgarh, near to Bains, District: Ropar, Punjab(India). and after that Satguru Brahmanandji Maharaj Bhuriwale sent him to "SUMPURNANAND SANSKRIT VISHVA VIDHYALAYA" in BANARAS where he studied from 1984 to 1992 and achieved his degree of VEDANT SHASTRI AND ACHARYA. 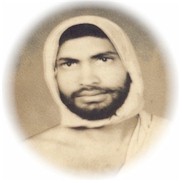 As he is a successor of Satguru Brahmanandji Maharaj Bhuriwale, he has also been urging his disciples to donate generously for setting up schools and colleges in remote rural areas for the benefit of the poor, especially girls. Maharaj Brahm Sagar Brahmanand Bhuriwale (Garib Dassi) College, Tibba Nangal, Tehsil:Anandpur Sahib, District:Ropar,Punjab (India) is one of the example which is constructed under the blessing & guidance of Vedhant Acharaya Swami Chetannandji Maharaj Bhuriwale.

With the twin aims of preserving the glorious tradition of serving the “gau mata” (cow) as well as to save residents of a number of villages situated in the Shivalik foothills falling in Shaheed Bhagat Singh Nagar, Hoshiarpur and Ropar districts from the menace of stray cattle, Acharya Chetnanand has launched a drive “Each one, adopt one” for ensuring active participation of the masses in the “gau raksha andolan” (save cow drive).

The drive is getting momentum day by day as the enthusiastic followers of the Bhuriwale Trust have so far caught more than 1000 abandoned cows for adoption and protection.

“With this the abandoned cows have started getting proper shelter, fodder and care in the houses and the villagers have been relieved of the nuisance being created by the stray animals by damaging their crops or causing, Proper medical care is also being provided to the cows by trust.

Though there are proposals for providing funds for setting up “gaushalas” by the Central and state governments in the area, Acharya Chetnanand is of the view that merely setting up of “gaushalas” would not serve the purpose in its true spirit. “Spending huge amounts on ‘gaushalas’ and bearing recurring expenses would be futile sans active participation of the people. Hence, he thought of launching a motivation drive which would not only ensure active participation of the people but would serve the purpose of ‘gau raksha’ in a very simple and economical manner,Vedhant Acharya Swami Chetnanandji Maharaj Bhuri Wale is now showing the righteous path to his followers(bhaktjans) through his relentless efforts all over the world.