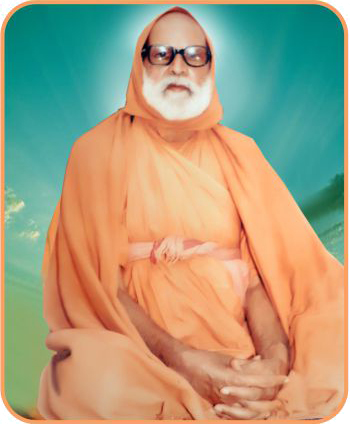 Read in English Read in Hindi

Satguru Brahma Nand Ji Bhuriwale, ( 1915-2002),Founder Patron of Maharaj Bhuriwale Garib Dassi Education Trust was a saint with a difference as he preferred building “Temples of Knowledge’’ (educational institutions) rather than religious temples and deras and preaches ‘‘service to humanity’’ along with spiritualism. He was born in 1915 in brahmpuri(Chuarpur) village, District :Nawanshahr, Punjab (India) in an affluent family of jamindars, who also had a large farm in Nainital.

Shri Girdhari Singh(the real name of Satguru Brahmanandji) came in contact with Swami Lal Dassji Bhuriwale and in 1962 he renounced all worldly comforts to become Swami Brahmanand for propagating the teachings of Acharya Garib Dassji, founder of the Garib Dassi sect. Since then, Swami Brahmanandji has dedicated his life to the welfare of the “Gau (cow), Garib (poor) and Kanya (girl).”

He has been urging his disciples to donate generously for setting up schools and colleges in remote rural areas for the benefit of the poor, especially girls. Besides, he has been mobilising his disciples and devotees to set up hospitals and organise medical camps in villages.

Swami Brahmanandji often says: "Mar jaoon mangoo nahin apne tan ke kaj, paramarth ke karan mohe aaye na laj." (I will prefer death to begging for myself but I have no hesitation in begging for the cause of public welfare).

To put his preaching into practice, the Maharaj Bhuriwale Garib Dassi Education Trust was founded on 18th June 1984 under the patronship of Swami Brahmanand, which in the beginning set up a degree college at Pojewal District:Nawanshahr, Punjab(India) in the name of Maharaj Bhuriwale Garib Dassi (MBG Government College). The foundation stone of the institution was laid by the then Lok Sabha Speaker, Mr Bal Ram Jakhar, in February, 1985. After constructing the building, the college was handed over to the government. In August, 1986, it was inaugurated by the then Chief Minister of Punjab state (India) Mr. Surjit Singh Barnala. 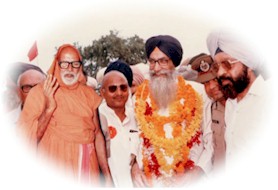 The trust was also instrumental in mobilising philanthropists to donate 27 acres of land for the construction of Jawahar Navodaya Vidyalaya at Pojewal, District:Nawanshahr, Punjab(India) the foundation stone of which was laid by the then Union Minister, Late:Mr Rajesh Pilot in 1988.

At Present The Trust Is Running :

1. Maharaja Bhuriwala Garib Dassi Govt.College at Pojewal, Teh. Balachaur, Distt. Nawanshahr, which was taken over by Punjab Government in the year 1986-1987. The Trust donated 15 acres of land along with building to Panjab Govt

7. The trust get sanctioned Jawahar Nawodaya Vidyalaya at Pojewal, Teh.Balachaur, Distt. Nawanshahr from Govt.of India and the trust donated 30 acres of land for this school.

8. Maharaj Lal Dass Brahma Nand Bhuriwale Hospital at Tapprian Khurd,Teh.Balachaur,Distt Nawanshahr, In this hospital free medicines are given to the patients and facilities of laboratory ,X –Ray and ECG are available.

Besides, a new college and a hospital at Tapprian Khurd village and Malewal village in Balachaur tehsil, respectively, are being set up. Construction work is complete and is runing succesfully.

Swami Brahmanand has nominated one of his disciples, Vedhant Acharya Chetnanandji, as his successor. Swami Brahmanand Bhuriwale has been honoured by the Governor of Punjab(India) for his notable contribution to the field of education.


With the Substantial contribution of Vedhant Acharya Swami Chetnanandji ,Present head of sect, A link road has been started on 3rd Nov,2007 from Village Kalar to Tiba Nagal in Doon area on the name of "Shri Satguru Brahma Nand ji Bhuriwale Marg " which is inagurated by Sardar Prakash Singh Badal,CM,Punjab. Where he announced to extend this raod from Balachour-Kular- to Bunga Sahib (Near Shri Anandpur Sahib).

The road has emerged as a join between two major part of this area i.e Doon and Kandi.Which facilitate to people of Himchal Pradesh to reach S.B.S Nagar . 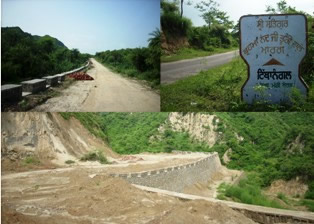